Whether you are a beginner, intermediate, working pro or somewhere in between we can take your voice over career to a whole new level. Everyday for the last 32 years Marc has worked with voice over talent, voice over directors, voice over producers, voice over writers & voice over agents. Marc has directed, produced, booked, engineered, edited, schmoozed, drank and ate voice over in one of the most competitive markets in the world. THERE IS NO ONE WHO HAS A BETTER INSIGHT IN TO THE VOICE OVER BUSINESS OR WHO IS BETTER EQUIPPED TO MAKE YOU SUCCEED! 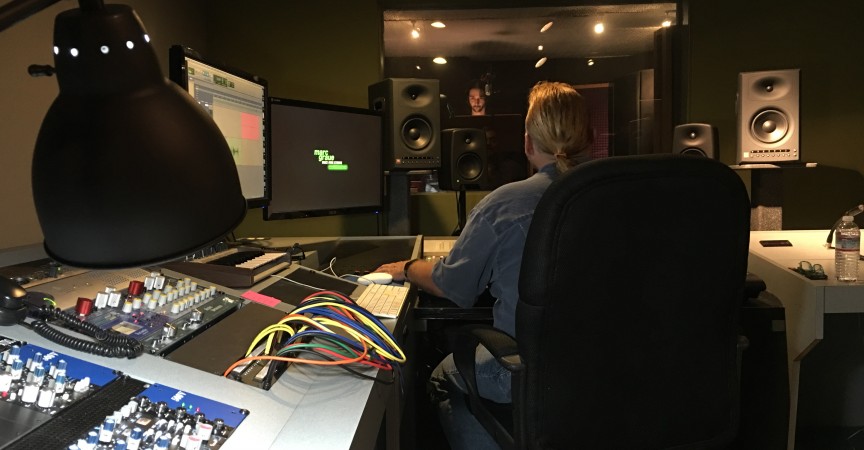 Your Voice Over Demo is the first thing an agent or client hears. You need a demo that EXPLODES with excitement, a demo that grabs attention and leaves people wanting to hear more! Your voice over demo is not just a sample of your voice work…it’s your calling card. Backstage.com has a wonderful article on this.

The Basic Steps of Demo Production:

• We will meet with you in person or via video chat to hear your voice and discuss your voice over goals
• We will compile and create customized voice over scripts and copy
• If needed we can schedule one on one coaching sessions with Marc to prepare for recording your demo reel
• We record and direct you in our studio or via Skype, source connect, phone patch or ISDN.
• Lastly we produce your voice over demo. We have an unlimited library of music and sound design elements to chose from for the production of your demo reel. We approach each spot as if it is a Super Bowl Ad or a Disney/Pixar movie or the next big video game.

We are not finished with your voice over demo until you are happy with it. When it is finished we are committed to an ongoing relationship. We strive to get you work in the voice over business, either through one of the many casting opportunities at Marc Graue studios or just by creating the demo that will get an agent to sign you.

“After your Skype Classes and creating my demo, the first agency I sent it to, signed me!” This success sure built my confidence!!”.

“Thanks to your advice I’ve just landed my first Agent. I firmly placed one foot in front of the other and just did what you said to do. Thank you Marc Graue!”

“just a few days ago, thanks to your coaching I had the honor of recording for Disney on a new project… I’m writing to say thanks for the input you have on so many lives – including mine.

“I learned more about the voice over business from you than in 3 months of voice over classes I’ve taken.”

“Being coached by Marc is incredibly fun, enlightening and importantly, affordable. Even after 15 years in the acting and voiceover industry I have learned a great deal from my animation and Game voicing sessions with this legend, so much so, that within a few days of finishing I went straight out and booked a main part in a new game.  That’s no coincidence. Thanks Marc, I have never spent better money than my training sessions with you.”

“ I have attended classes provided by 5 different VO companies…And your SKYPE class is unquestionably the best!

“Yikes what a lot of info to cover in one session! You are a blast. If I was going to brand you as a voice coach, I’d call you the David Lee Roth of voice over!”